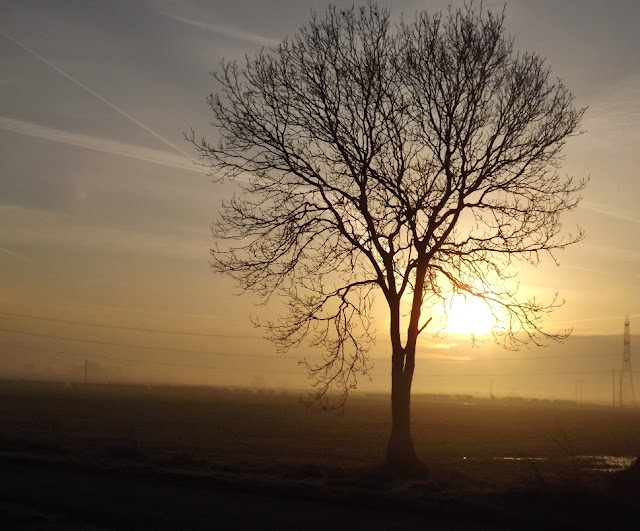 On these wild days, when leaves
pile up beside the door,
tired earth itself
lets out a heartfelt roar,
as the sun, with corpse-pale face,
is sucked down out of sight
and beneath a windswept veil
extinguishes its light:
the wild days’ wilder night.

The wind does not begrudge the trees
their groaning, sighing song
but, like a martinet, insists
the tune is his alone
which, played on writhing willow
and steadfast, stalwart beech,
becomes an eerie chorus
that builds into a screech:
the wind’s unholy speech.

Vast wreaths of rooks rise from bare trees
and hang upon the sky,
darkening the darkening
while each imperious cry
creates a raucous chorus
that drowns out all dissent
and only the wind can disagree,
express its discontent:
the wild days’ wild lament. 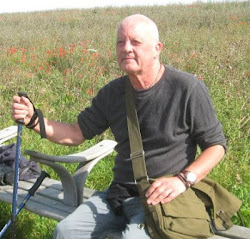 About Poems and Paths

‘Poems and Paths’ is a record of my own impressions and perceptions, mostly from walking in the wolds and vales of the East Riding of Yorkshire.

Walking and writing have always strolled along together hand-in-hand, exploring, at one and the same time, the pathways on the ground and the pathways in the mind. It’s an intimate inter-relationship that can rejoice in broad, sunny vistas or creep in trepidation through the shadowlands where one might expect any map to warn: ‘Here Be Dragons’.

Paths are so much more than just connections that join together places. They also connect us directly to the landscape, to the past and the future, to those who have walked there before us and who will follow us and, most importantly, they connect us to our own imaginations and all the thoughts, emotions and half-remembered associations that lie not far below the surface of our consciousness.

As Macfarlane observes, “Paths are the habits of the landscape. They are acts of consensual making….They relate places in a literal sense, and by extension they relate people.”

Edward Thomas believed that paths record the impressions of all who pass along them:

“…heavy is the tread
Of the living: but the dead
Returning lightly dance:

Whatever the road bring
To me or take from me,
They keep me company
With their pattering”